For Immediate Release: March 30, 2015
Media Contact: Liz Faiella, This email address is being protected from spambots. You need JavaScript enabled to view it., 603-228-1196 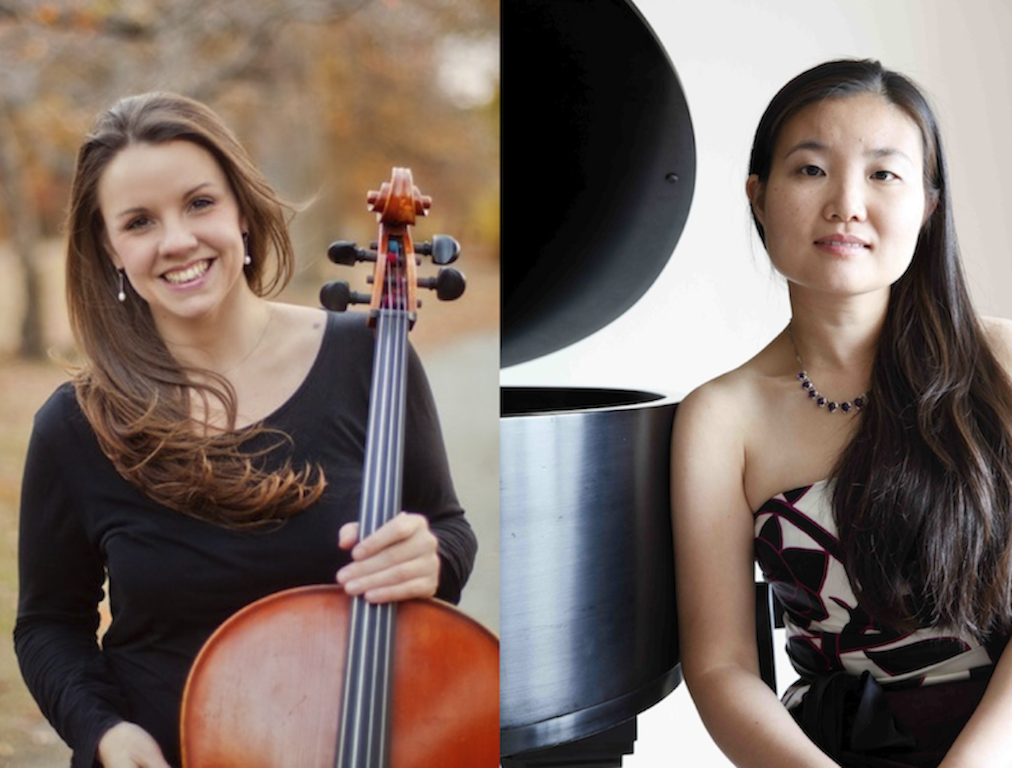 CONCORD, N.H—The well-loved musical pairing of cello and piano will be the theme for the next two installments in the Bach’s Lunch Series of lectures and concerts at the Concord Community Music School.

On Thursday, April 2, University of New Hampshire Associate Professor of Music Daniel Beller-McKenna will discuss how chamber music moved from the private palace to the concert hall in a lecture titled “Between Salon & Stage: Duets in the Romantic Tradition.” The following week, on April 9, Music School alumna Emily Taubl, cello will be joined by Mana Tokuno, piano, to present a concert titled “Music of Bach, Brahms, & Chopin.” Bach’s Lunch programs are free and open to the public, and take place from 12:10 to 12:50 p.m. in the Music School’s Recital Hall, 23 Wall Street, downtown Concord.

Chamber music has always had one foot in the home and one foot on the stage. During the nineteenth century, this music moved from the quasi-private realm of aristocratic palaces to the purely public arena of the concert hall. In his April 2 lecture, Daniel Beller-McKenna will examine how duos for cello trace the move from courtly to civic music making, while maintaining their presence in the domestic drawing room.

On April 9, cellist Emily Taubl and pianist Mana Tokuno will present a concert of music for cello and piano. Taubl is an alumna of the Music School, where she studied with Donna Denniston and participated in string and chamber music ensembles, including premieres of commissioned compositions. She has since been featured in The New York Times and has performed as a soloist with a number of symphonies. Tokuno has performed at Carnegie Hall and worldwide and, among other honors, received first prize at the prestigious Competition Internationalé. The program will include Johann Sebastian Bach’s Viola da gamba sonata No. 2 in D Major, Brahms’ Sonata in e minor, and Chopin’s Polonaise Brilliante.

The Bach’s Lunch Series is sponsored by The Timothy and Abigail B. Walker Lecture Fund and The Couch Trusts; TD Wealth Management, NA; Trustee. For more information, call 603-228-1196 or visit www.ccmusicschool.org.

About the Speaker and Artists

Daniel Beller-McKenna has taught music history at the University of New Hampshire since 1998. Previously he was Assistant Professor at the University of South Carolina. He holds degrees in journalism and music from Temple University where he studied classical guitar and music history, and in music from Harvard University where he wrote his dissertation on Brahms's later settings of biblical texts. His research has continued to focus on Brahms, including a monograph on Brahms and nationalism and a current project on Brahms and nostalgia. Additionally he has published articles and read papers on diverse topics in popular music. At UNH he teaches courses in the music history sequence and the Discovery program, and he is active in the Music Liberal Studies option. Beller-McKenna serves on the Board of Directors of the American Brahms Society, of which he was President from 2001-2007, and has served on several committees of American Musicological Society. He performs frequently with various ensembles in New Hampshire.

Cellist Emily Jane Taubl has attracted attention for her expressive playing and uncommon poise.  She has been featured in The New York Times as a musician of great promise, and was called “an outstanding cellist with a bright future” by the Hartford Courant. Having performed throughout the country, she has appeared as a concerto soloist with the Hartford Symphony, Granite State Symphony, Boston Virtuosi, New England String Ensemble, Nashua Chamber Orchestra, and the Juilliard Pre-College Symphony. In addition, she has been recognized as the top prizewinner in the Van Rooy Competition and the concerto competitions of the Boston Virtuosi, New England String Ensemble, and Juilliard pre-college division. In 2012, she was featured as a performer at the Piatigorsky International Cello Festival in Los Angeles, as well as a soloist for “The Colors of Claude Debussy: A 150th Birthday Celebration” on Boston’s WGBH that was broadcast internationally. In 2013, Emily was selected to perform a solo cello work by Marc-Anthony Turnage as part of the Boston Symphony Orchestra’s Prelude Concert Series. At the Music School, Emily studied with Donna Denniston and participated in string and chamber music ensembles, including premieres of commissioned compositions.

Pianist Mana Tokuno has performed at Carnegie (Weill) Hall and CAMI Hall in New York as well as at Symphony Hall and Jordan Hall in Boston. In addition to solo performances in Romania, Italy, France, Germany, and Austria, she has appeared at many venues in Japan and in numerous recitals, chamber concerts, and concerto performances in the United States. First Prize winner of the prestigious Competition Internationalé, she also received the Leo Sirota Award for Piano Solo Performance at the Corpus Christi International Competition as well as the Special Award for Schubert Interpretation at the International Competition Valsesia Musica in Varallo, Italy. Among other honors, Tokuno was selected from a worldwide pool of applicants to perform in Professional Training Workshops by Daniel Barenboim (on Beethoven Sonatas) and Leon Fleischer (on late Schubert Sonatas) at Carnegie Hall. Ms. Tokuno was an honors graduate at the Tokyo National University of Fine Arts and Music and of the New England Conservatory in Boston. She has been a member of the faculty of the New England Conservatory Preparatory School in Boston since 2008.

About the Concord Community Music School

Concord Community Music School is a full member of the National Guild for Community Arts Education and is recognized nationally for program innovation and management excellence. Welcoming adults, teens, and children of all musical abilities, 53 artist teachers reach more than 33,000 people in four states with educational programs, concerts, workshops, and community partnerships. CCMS has received major funding from the National Endowment for the Arts, the Hearst Foundation, New Hampshire State Council on the Arts, Jane’s Trust, and the New Hampshire Charitable Foundation. The Music School is the 2005 recipient of the NH Governor’s Arts Award for Cultural Access Leadership.