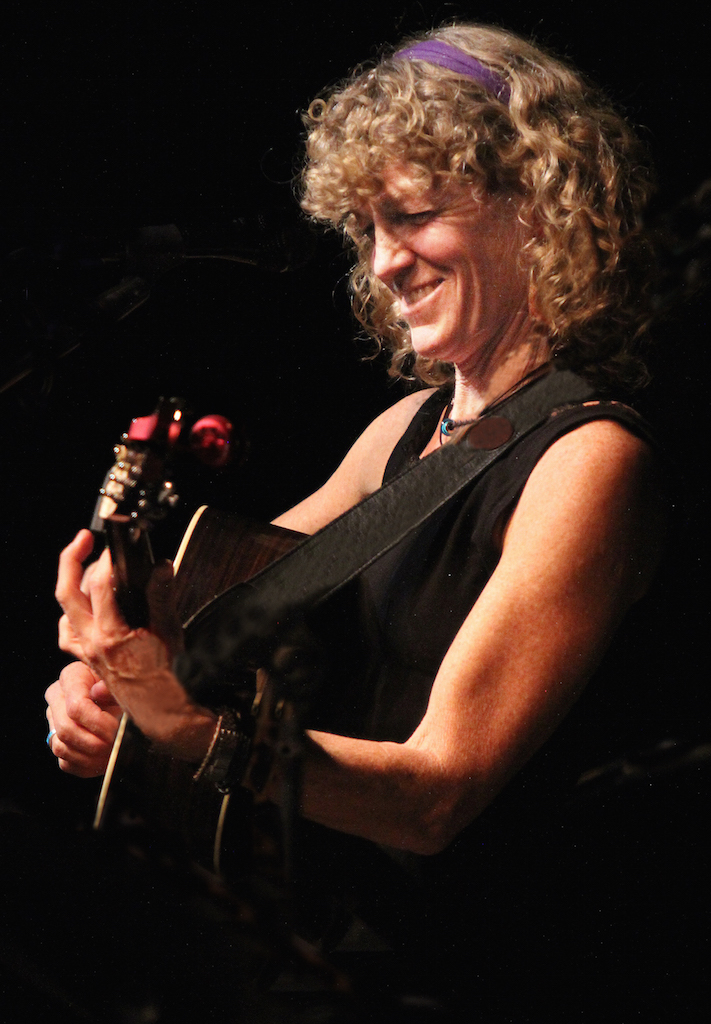 For immediate release: September 16, 2015
Media contact: Liz Faiella, (603) 228-1196, This email address is being protected from spambots. You need JavaScript enabled to view it.
CONCORD, N.H.—Songwriter and guitarist Cosy Sheridan will perform in concert at 7:30 p.m. on Friday, October 2 at the Concord Community Music School, 23 Wall Street in downtown Concord. She will be joined by Music School faculty member Kent Allyn on keyboard and Charlie Koch on bass.


Sheridan, who grew up in Concord, has been touring nationally since 1992, when she released her critically acclaimed CD titled Quietly Led. The Boston Globe named her “one of the best new singer songwriters.” She has been performing with Kent Allyn since 1989, at venues including Carnegie Hall and the Jerry Lewis Telethon.


Her latest CD, Pretty Bird, was chosen as “one of the great CDs of 2014” by Sing Out Magazine.  In this recent release, Sheridan’s songs explore the changes that brought her back to New England after living for 20 years in the Southwest. Pretty Bird charted in the Top 100 Songs of 2014 on folk radio’s “Folk DJ” list.


Sheridan grew up in a musical family. Her father, Charles Sheridan, played trombone in the Freese Brothers Band, and her sister, Amy Sheridan, sings with the Concord Chorale.


Her wide-ranging repertoire includes love songs for adults and practical philosophy for a complicated world. She has sung about the stock market crash of 2008, rewritten Greek myths, and brought a sense of humor to the topic of aging. Her lyrical dexterity is backed by her distinctive percussive guitar style.


For the past 20 years she has taught classes in songwriting, performance, and guitar at workshops and adult music camps across the country. In 2008 she co-founded the Moab Folk Camp in Moab, Utah.
Tickets are $15, and $12 for students and seniors. For more information and to purchase tickets, please call 603-228-1196 or visit www.ccmusicschool.org.
“Her user-friendly musical philosophy sets her happily apart from the myopic, self-involved songwriters…. She is a wonderfully lively, very funny and enormously amiable entertainer with a keen and wicked eye for the excesses of our fast-food, tv-happy and noisome culture.” —The Boston Globe
About the Concord Community Music School
Concord Community Music School is a full member of the National Guild for Community Arts Education and is recognized nationally for program innovation and management excellence. Welcoming adults, teens, and children of all musical abilities, 53 artist teachers reach more than 33,000 people in four states with educational programs, concerts, workshops, and community partnerships. CCMS has received major funding from the National Endowment for the Arts, the Hearst Foundation, New Hampshire State Council on the Arts, Jane’s Trust, and the New Hampshire Charitable Foundation. The Music School is the 2005 recipient of the NH Governor’s Arts Award for Cultural Access Leadership.